Posted on October 8, 2019 by joeschelling

Over the last few weeks, it’s become more clear every day that we’re well into my favorite season of the year. Autumn in New Mexico begins with new flashes of color starting with the golden chamisa and lavender asters, and then the trees start changing with first the aspen in the mountains and next the cottonwoods along the river. Migrating birds start appearing (while others start disappearing). The weather, of course, turns just about perfect typically sunny and clear with warm days and cooler nights.

Shortly after my last post, Rebecca and I made a return weekend trip to the area around Flagstaff and Sedona AZ, with hopes of finding a couple of late season butterflies. We had three species of Giant-Skipper in particular that we had targeted and spent a good amount of time looking around several spots we’d suspected they might be found. No luck at all on two of those butterflies, but we were thrilled and a bit surprised to get good looks at one, the Bauer’s Giant-Skipper, which we found in a travertine hollow at Tonto Natural Bridge State Park.

Lifer for both of us (#472 for my US list), that alone made the trip a success! I’d also get my first photograph of a Tropical Least Skipper that Rebecca identified, and which I’d only see once before in 2012.

Rebecca also realized that the Viceroy butterflies we were seeing in Cottonwood AZ were the southwestern version with quite a few more white spots than the one we normally see around town. 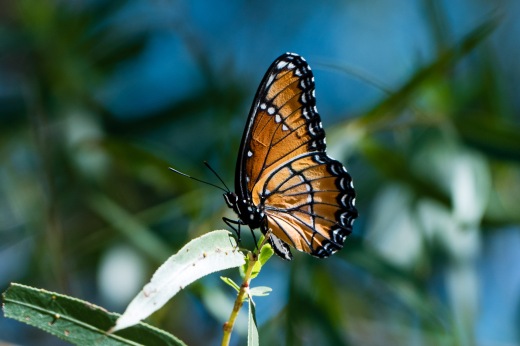 While we really weren’t seeing many butterflies anywhere on that trip, we would stumble across some other interesting creatures, such as this male tarantula off on its annual migration,

the large caterpillar of a Carolina Sphinx Moth,

and up in the mountains above Jerome, this rather calm (and rather large) Black-tailed Rattlesnake. 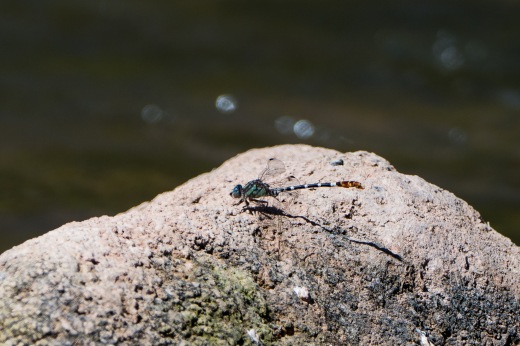 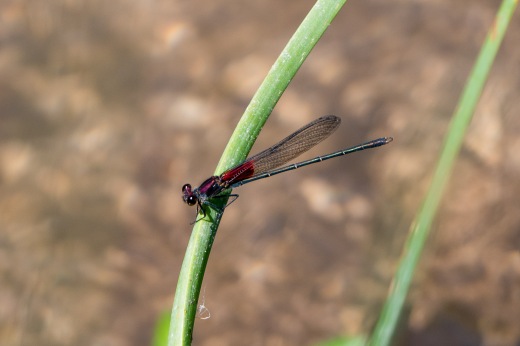 and one that we regularly see at home in late summer to fall, Variegated Meadowhawk. 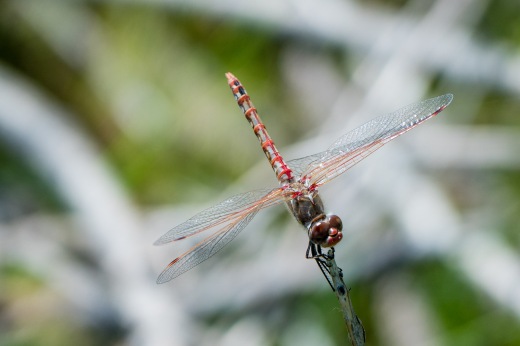 Not too many pictures since returning from Arizona, partly due to my not getting out very often the last couple of weeks but also not seeing many birds or butterflies when I do and those I have seen usually haven’t presented good photo opportunities. That all changed last Friday when Rebecca and I drove down to Bosque del Apache NWR on a scouting trip for her Audubon Thursday Birder trip later this week where we got nice looks at some good birds, some of which we don’t see all that often and some that are passing through on migration. Fairly late in the year to be seeing them, we were able to drive up close to a Western Kingbird, 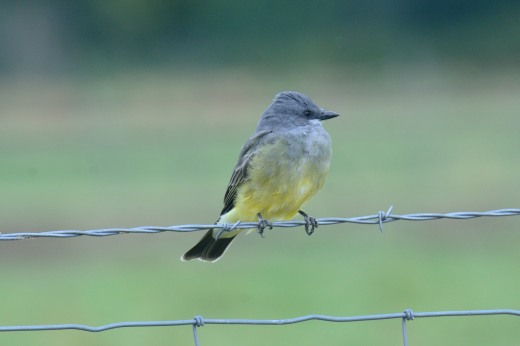 and later to a young Cooper’s Hawk.

A real surprise on the highway close to the refuge was seeing two Peregrine Falcons on the same power pole; it’s rather unusual to see one anywhere, let alone two. This is my best shot of one of them; photos of the pair didn’t turn out all that well. 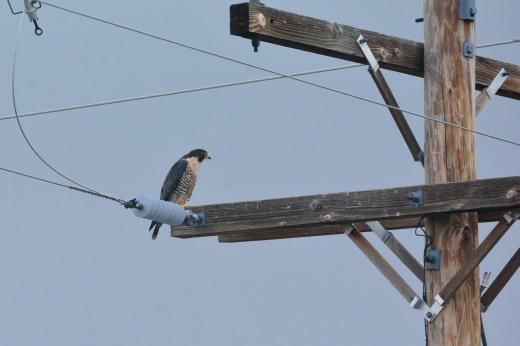 Just past the entrance to the refuge, a Loggerhead Shrike posed for me,

and later at the Boardwalk Pond, where we had a large flock of American White Pelicans, a Great Blue Heron was poking around the reeds.

The next day, after helping with the Belen Marsh cleanup we stopped in at Whitfield Wildlife Conservation Area finding several large moths hanging out on the wall of the Visitor Center,

seeing a good number of buckeye butterflies working the flowers in the fields,

and getting to see a Verdin near its winter roosting nest after a friend of ours pointed it out to us.

A couple of days later visiting Bear Canyon for a possible future Thursday Birder trip, we got nice looks at a Ladder-backed Woodpecker

and a fun Ruby-crowned Kinglet working a bush for insects and paying little attention to us or others going by.

5 Responses to First Taste of Fall