It hit me as interesting to realize how I put together blog updates for several different reasons, regularly changing the primary focus of a post. Often it’s a lot like a personal journal documenting what I’ve been up to over the last few weeks, sometimes more of a trip report on jaunts around the state or international vacations or even just summarizing one or two recent Audubon Thursday Birder trips, and occasionally focused on a single subject or aiming to highlight a favorite moment or recent photograph. Then there’s a few (like this one) where with no real point other than wanting to archive a few of the better photographs that have been building up since the last update. Hopefully, those of you taking the time to take a look will still find it interesting.

First up are the baby Burrowing Owls. I’d dropped by Owlville on May 31 for the first time since April 7 to see the first little ones out and about.

Returning about two weeks later, I’d notice two more nests (of a total of five I’d see) and lots more young ones goofing around outside the burrow…some with just one or two visible,

but most with a whole group of them watching what I was up to and moving around to get a better look, such as this bunch 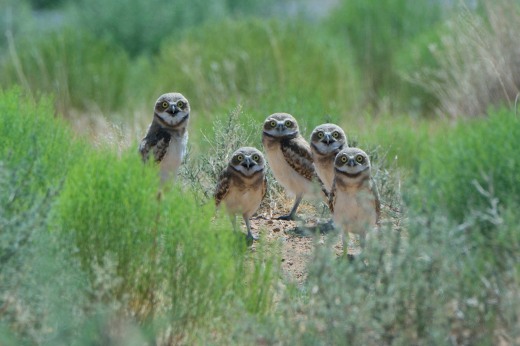 One of the adults was usually rather obvious and keeping an eye out from a short distance away. 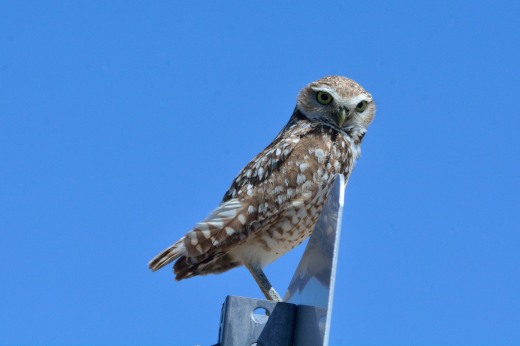 Another bird I checked in on was the Western Screech-Owl in Columbus Park who I hadn’t seen on several visits since last November, who is indeed back in town, but apparently having a bit of a bad hair day.

After doing our bluebird survey for the Audubon Climate Watch program on June 3, Rebecca and I took a quick look at some of our butterfly spots in the Sandias and Capulin Spring, which had only recently reopened after its closure all winter. Enjoying the birds stopping in at the log for a splash or a drink, at one point two male Western Tanagers showed up and got into a little tussle with the dominant one shooing the other away.

We’d return on June 8 for the annual CNMAS membership meeting at Doc Long for a delightful morning that included more butterflies and a few good birds, including this Grace’s Warbler – a bird I don’t often see especially out in the open like this one. 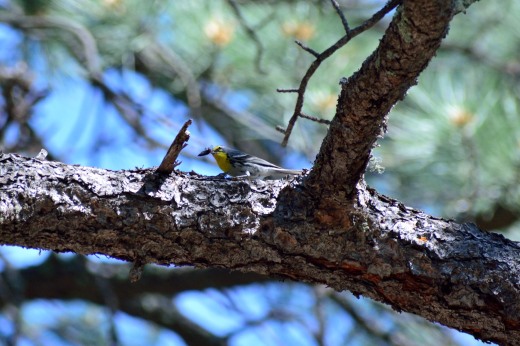 Wildflowers are having a great spring with fields of cholla all lit up with their bright magenta blooms. 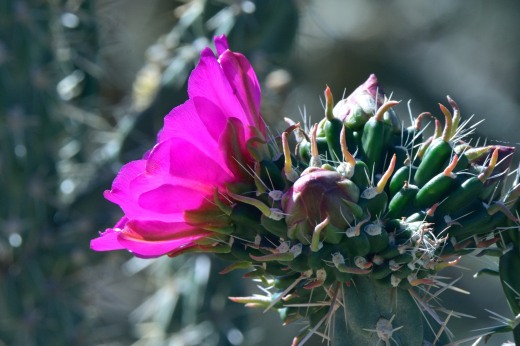 Among the butterflies we’d see over the last two weeks were an Arctic Blue, one I’d been a little surprised when we found a few in Cienega Canyon with our recent visitors, 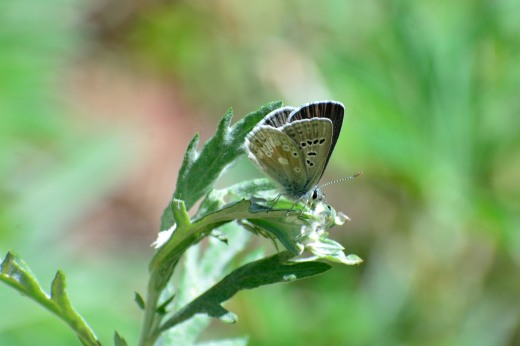 Silver-spotted Skipper, first for the year, in several locations, 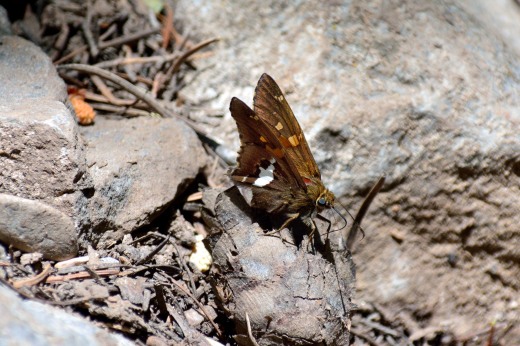 and the return of the Arizona Sister both in the Sandias and in foothill locations such as Embudito Canyon. These are pretty dramatic looking butterflies from both the top 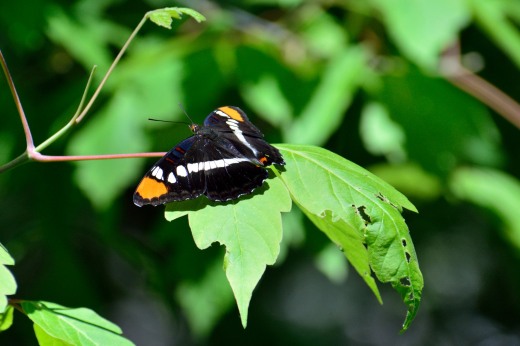 as well as underneath.

We don’t usually see Sandia Hairstreaks into June, but this year the butterfly season seems a little delayed so I was surprised to see at least 7 individuals on June 9 in Embudito

and even a couple on June 12 this year. 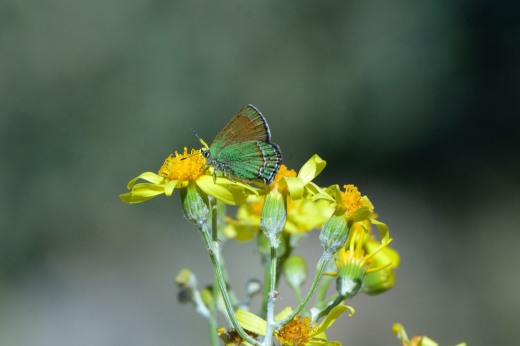 On the way back from a June 6 Thursday Birder trip to the Jemez Mountains, a quick stop at the road to Ojito Wilderness near San Ysidro turned up a couple of Saltbush Sootywing (a spot we’d unexpectedly found them in five years ago with a visiting friend)-no great pictures this time, but good to know it’s a dependable location. The next day, I was taking a break to pamper a cold while Rebecca headed out on a search for the Dotted Checkerspot by making the long drive up to Springer NM and back through Tucumcari NM. This is a species we’d hoped to find for our recent visitors, but one that hasn’t had any recent sightings on BAMONA and all she had to go on were a few ideas from our State ‘butterfly guy’, Steve Cary, of where he’d seen them years ago. It was quite exciting later that day to hear of her success at spotting a couple of them, and wonderful that she was up for a return trip the next week so that I could add them to my lifelist.

Along the way, we’d come across quite a few pronghorn including a few that had a few very young ones. Those pictures didn’t turn out so well, but I did keep one of this group of male pronghorn.

Still thinking there’d likely be might improbable that we’d successfully find the butterfly, it was rather amazing that it was the first butterfly we’d see there and that we’d end up seeing a large number of them with very little effort. 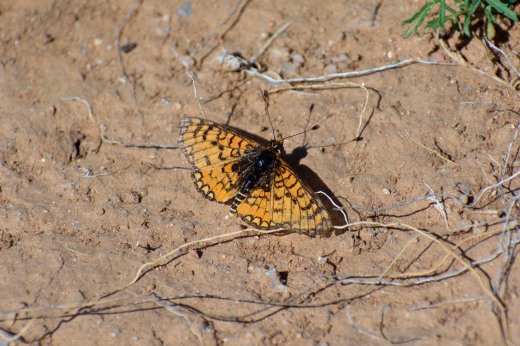 We will certainly have to return next season for better photos (I still need a good ventral shot) and to show any of our friends that still need it.

Looking around a couple of other spots along Mills Canyon Road we didn’t see any more checkerspots that day, but found some very promising habitat for that and several other species of interest, one of which was a Giant-Skipper we’re hoping will turn out to be Strecker’s Giant-Skipper (Steve Cary might be able to make the call for us on BAMONA) along with a good number of Uncas Skipper (leading us to think it should also be good for our nemesis butterfly, the Rhesus Skipper).