One Week in July

With the first week in July just passed, the local monsoon rains have arrived in a major way, bringing much-needed moisture and encouraging flowers to bloom and butterflies to emerge. Before those dark clouds built up almost every afternoon, several new butterfly species for the year turned up, often on what seems to be one of their favorite nectar plants, Indian Hemp (Apocynum cannabinum, a member of the dogbane family) that has just recently started flowering. Unusual this year has been large numbers of Gray Hairstreaks seen just about everywhere from the mountains to the river. 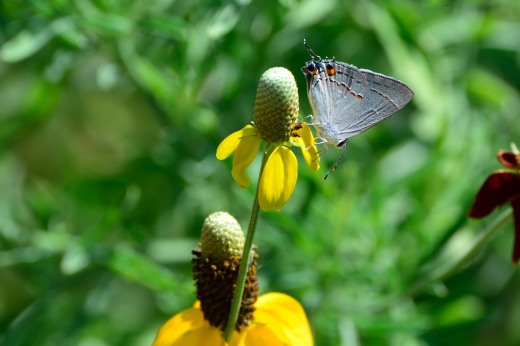 And only in the last couple of weeks have we been seeing Taxiles Skippers, that to my eye closely resembles any number of other skippers from the top.

The picture above is of a female, which is perhaps a bit more distinctive underneath with that lavender wash.

New for the season was a single Russet Skipperling on the trail to Bill Spring.

Also seen on that trail was a Dun Skipper, notable mostly for having almost no distinguishing features other than its yellowish head. 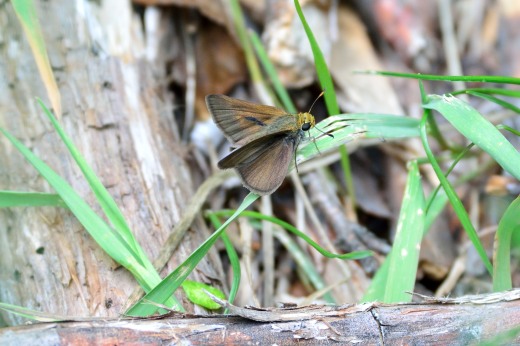 More exciting to see, and it seems to me a bit early for them, was a Small Wood-Nymph up at the 8000′ marker on the Crest Highway and a Common Wood-Nymph at Ojito de San Antonio Open Space.

Although we’ll certainly start seeing larger numbers of them once the coneflowers come into bloom, it was a treat to see the first Northwestern Fritillary of the season again up at the 8000′ marker.

Butterfly of the week, however, was the Behr’s Hairstreak working the dogbane at that same location and which I haven’t seen there since 2012.

Our friend, Matt, was in town for that one and also spotted a Mexican Yellow, a butterfly we hadn’t realized until recently flies in our part of the state. 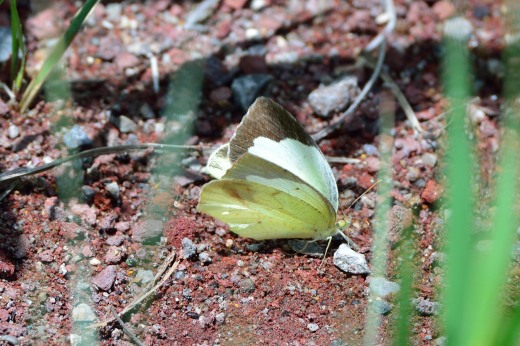 We might well have mistaken others in the past for the Southern Dogface, a butterfly Matt first pointed out to me when I was quite new at this butterfly business. He was here with his friend, Julia, who mentioned the one that got her attention after Matt pointed it out as a Question Mark. That’s a butterfly I’d first seen in New Mexico last summer, but had several in Las Huertas Canyon back in April, and was surprised to see this morning at Tingley Ponds down by the Rio Grande.

Also flying all over the area is the dramatic Two-tailed Swallowtail I just can’t help but photograph when they pause from flying to nectar on the bright red penstemon. 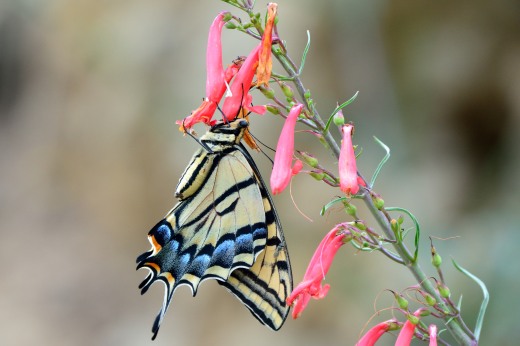 Once a year, something triggers the small strawberry cacti in my yard to put out their showy pink flowers for a day or two at most; I’m guessing all it took was that one good rain to make it happen this week.

All the rain, especially down by the river, kicked off the emergence of an incredible number of the New Mexico Spadefoot, These little guys, about the size of a thumbnail although they will grow to more than two inches in size, were just hopping about everywhere at the Nature Center. This one was living dangerously hopping down the main gravel path to the river.

Tingley Ponds was once again swarming with Widow Skimmer dragonflies, many of which seemed to be resting on the reeds surrounding the ponds, but would easily fly off at the least disturbance. 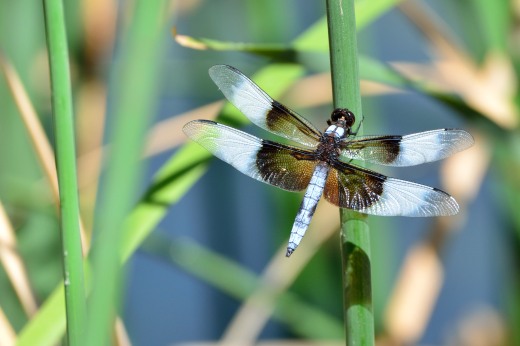 While I was walking slowly around the ponds trying not to scare the dragonflies off, I did manage to surprise both a Snowy Egret

and an immature Black-crowned Night-Heron.

Last week’s Audubon Thursday Birder trip headed south to Bosque del Apache NWR. Most popular in late Fall for all the wintering Sandhill Cranes and Snow Geese that appear then, the refuge is good all year round for birds and we’d spot a good number of species that morning, including a glorious Bullock’s Oriole, a flock of Wild Turkey with several young ones, a quick look at a Yellow-breasted Chat, Blue Grosbeaks, a pair of Summer Tanagers, and many others. Naturally, my pictures of the special ones didn’t come out all that well, but my shot of a Red-winged Blackbird was a little different,

and we got great looks at a pair of Great Egrets

and a rather active Green Heron.

A quick visit to my local patch, Embudito Canyon, this afternoon didn’t turn up many butterflies but did turn up three or four Cactus Wrens, either calling loudly from the top of a cholla or so intent on scavenging for insects they didn’t fly off as quickly as usual. I’m guessing a couple of these were immatures that had likely only recently fledged. 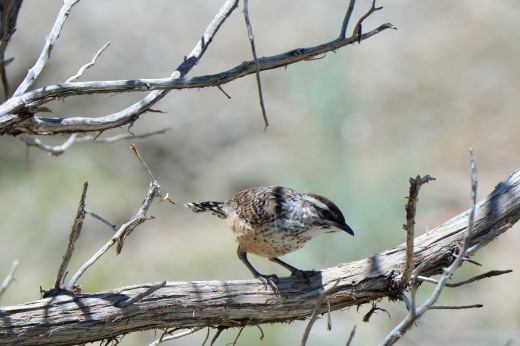 Bring on the rain! We can sure use it and it always brings out an amazing diversity of creatures as the summer comes on.

2 Responses to One Week in July